Live-cell imaging for longer terms is challenging. The main challenge for a biologist engaged in microscopy applications is phototoxicity.  The light that is necessary to excite fluorescent molecules that label the sample also introduces photobleaching and phototoxicity [1]. Phototoxicity is an ensemble of complex processes where the excited fluorophore is reacting with oxygen, leading to the production of reactive oxygen species and free radicals that, in turn, react with DNA, RNA, proteins, lipids leading to cell damage, cell cycle arrest of cell death. To avoid phototoxicity, the total dose illumination light on the sample should be minimized. In general, this is accomplished by reducing (1) laser power, (2) exposure time per image, (3) the number of pixels in a frame, (4) the number of frames in a Z-stack and (5) the sampling frequency (number of images per unit of time). Lowering the light dose by lowering the laser power (1) and the exposure time (2) result in a lower signal to noise ratio due to the stochastic nature of light. The other methods to reduce phototoxicity (3-5) will lead to a loss of spatial and temporal resolution leading to less visibility of small details and dynamic behavior of molecules in cells.  One of the simplest solutions to this problem is by increasing the detection efficiency of the system.

Mitochondria are organelles found in eukaryotic cells and play a vital role in cell survival. The key function of mitochondria is energy production by converting oxygen and nutrients into adenosine triphosphate (ATP) in a well-controlled way [2]. Mitochondrial dysfunction is associated with an increasingly large number of human inherited health disorders that can affect any organ and manifest at any age [3]. The morphology of mitochondria is highly variable, ranging from spherical to elongated branched structures, depending on cell type and cells physiological condition. Visualization in the context of live cell imaging is crucial for the understanding of the relationship between mitochondrial morphology change and mitochondrial function [4]. Considering also that the diameter of mitochondria is typically between 250 and 500 nm [5], mitochondrial dynamics is best monitored with a fluorescent super-resolution microscopy. Mitochondria are complex to image organelles, as their function and morphology are rapidly affected by phototoxicity.

Here we present long live imaging (44 hours) of the mitochondrial matrix in HO1N1 cells using Re-Scan Confocal Microscope (RCM). We show that by selecting well equipment and labeling, it is possible to carry out high-frequency live-cell imaging of mitochondria and estimate their morphology and dynamics through several cell divisions.

RCM was used due to its sensitivity – its camera-based detector has very high quantum efficiency (95%) which allows a dramatic reduction of laser power. Even with reduced laser power, the images have high contrast and high signal to noise ratio. At the same time, re-scan provides super-resolution images providing good detail on mitochondrial morphology.

Mitochondria were labeled using the Bacmam 2.0 expression system (Invitrogen™). Cells transfected with the system express an RFP-fusion protein labeling mitochondria. Bacmam 2.0 has been shown to keep recombinant protein expression for a number of weeks before losing the viral vector due to out-segregation. In this labeling strategy, virus genome copies are transfected to cells. Mammalian promoter is used to drive transcription, which means that as long as the viral genome copy is present in a cell, new fluorescent fusion proteins are made.  During the imaging, the Prolong Live antifade reagent (LIFE TECHNOLOGIES) was added to the medium.

Description of the movie

We have imaged the mitochondrial matrix in HO1N1 cells for a prolonged time (44h), with a frequency of one frame every ten seconds translating to 16000 frames in total.

In these 44 hours cells in the field of view divide and move in/out of the view. What happens in these time points is illustrated in the compilation, Figure 1. This compilation shows every 600th slice (1 slice per hour) from the movie, appropriate to visualize macro events occurring during the 44h timeframe. All through the movie, we can spot cells dividing, indicating that imaging conditions are sufficiently mild to prevent cells from accumulating damage. Excess damage would prevent cells from dividing and lead to cell death.

Next, in order to confirm that our imaging conditions are sufficiently gentle and allow for  long term imaging, even for longer periods than current 44h, we analyzed how the fluorescent intensity changes in time, Figure 2. As the cells divide and the fluorescent molecules get divided between daughter cells, we did not focus on following individual cells in time, but analysed the change of the total average intensity of a frame during the movie. This projection gives an indication of loss of total fluorescence during the course of images, which is indicative of sample bleaching.

Based on the intensity profile, we can define two different levels of sub-behavior. These match well with the events occurring during the movie.

To better address the question about bleaching, in the further analysis we used ROI that excludes the high-intensity cell on the left, Figure 3.

During this 44h period we see less than 20% loss in average fluorescence intensity, Figure 4a. Signal to noise ratio does decrease due to dilution of the signal between daughter cells. Low valleys in the profile are caused by cells moving out of the focus prior to cell division, Figure 4b.

Next, we zoomed in into the cell divisions and looked for consequent cell divisions. We analyzed the fluorescence of the mother cell and its progeny separately and as a group, Figures 5a and 5b.

Altogether these data show that although the fluorescent dye molecules divide between daughter cells, the total average intensity of the fluorescence does not decline. This suggests that our imaging conditions are gentle enough and the laser power used is sufficiently low not to promote bleaching of the sample and induce phototoxicity during long term imaging.

The total average fluorescence is not minimally affected during the imaging. However, when individual cells are analyzed, we see a loss of intensity concomitant with cell division. The initial fluorescence of a dividing cell is divided between its daughter cells.

Even after a number of sequential cell divisions (dye dilution in daughter cells), we can still visualize the mitochondria with a high signal-to-noise ratio after 44h and 16000 frames.

The detection system of an RCM (Rescan Confocal Microscope) has an improved detection for three reasons. (1) RCM is a camera-based confocal technology. In RCM a sCMOS or (EM)CCD camera is used as the light detector of the system. The quantum efficiency of these cameras is very high (up to 95%) compared to the detectors used in classical confocal microscopy (PMT’s: 10-20%, GaAsP, and hybrid detectors:~40%). (2) The “concentration” of light. Since RCM is a super-resolution technique, the image of a sub-resolution object will be projected smaller on the camera as compared to conventional microscopy. Since the resolution is 2 times higher, the light will be concentrated on a surface that is 2 times smaller and therefore 2 times more photons will be detected by each pixel of the image of the object. (3) RCM allows a larger pinhole. In classical confocal microscopy, the only way to improve lateral resolution is by reducing the pinhole size to smaller than 1 AU (Airy Unit). In RCM the lateral resolution is always2 times better than the Abbe resolution and is independent on the size of the pinhole. Therefore, in RCM a larger pinhole is allowed without loss of lateral resolution and therefore the system has a higher detection efficiency. Note, that the pinhole size also influences the sectioning capability and is therefore limited. For these three reasons, the detection system of the RCM is more sensitive than in classical confocal, and therefore, the laser intensity can strongly be decreased leading to less phototoxicity. For the study of biological samples, this means that more detail can be visualized at higher sampling frequency and with less photodamage to the cells.

Sample Preparation: Labeling of Mitochondria in HO1N1 cells with Mitochondria RFP through the Bacmam 2.0 expression system ( (Invitrogen™ C10601) was done according to the manufacturer’s protocol. Addition of Prolong Live antifade reagent (LIFE TECHNOLOGIES P36975) in the cell culture media was made in a dilution of 1:100. Cells were grown and imaged in a glass-bottom 8-well IBIDI chamber. 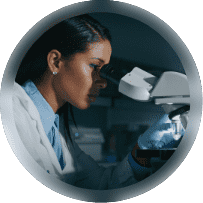 In about 45 minutes to an hour, our experts show you how our products perform live.